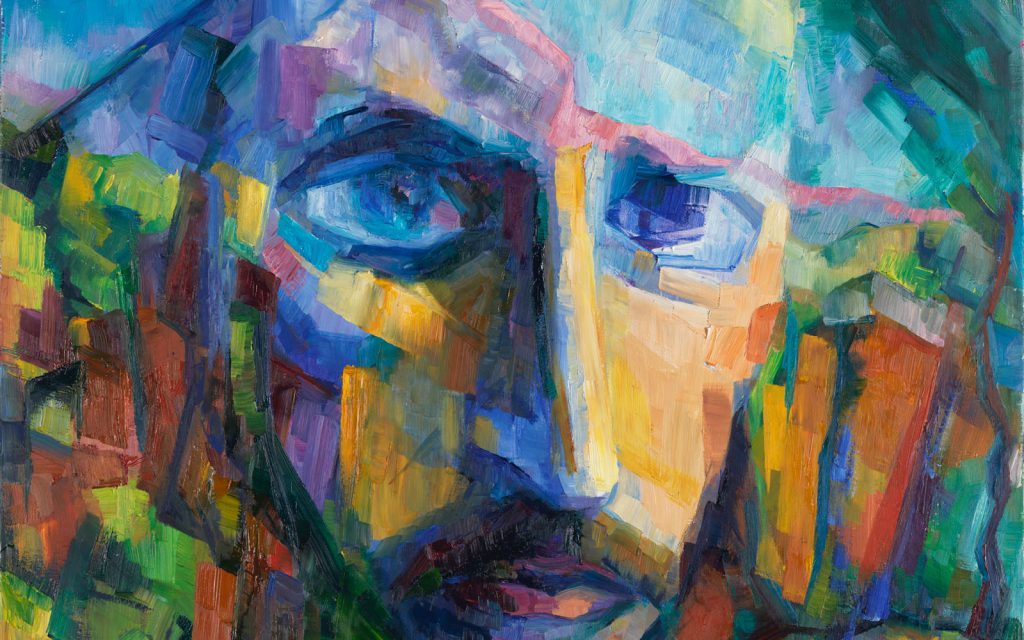 This program is based on Rainer Maria Rilke’s “Letters on Cézanne” (1907). It is designed to recreate Rilke’s experience of vision cleansed and transformed by his encounter with paintings through a seven-weeks sequence of daily emails.

In November 2016, I had a powerful visual experience, an experience of the world filled with sublime light to the brim, and more beautiful than I had ever seen before.

I am a painter, so no stranger to heightened sense of vision, but this one was really off the charts. At one point, I even tried to pull out my phone to call my husband and check whether the world as we know it had ended, and we were in a new, unknown reality (before the sheer absurdity of using a phone in this new reality hit me).

It was the first time in my life that I felt I truly understood what William Blake meant in his famous sentence:

If the doors of perception were cleansed, every thing would appear to man as it is, infinite.

My eyes were cleansed by a book.

I came across it quite accidentally in our local library just an hour before, and spent the hour with it: Rainer Maria Rilke and Ben Shahn. For the sake of a single verse: From the Notebooks of Malte Laurids Brigge. It is a single paragraph from Rilke’s autobiographical novel, which Ben Shahn illustrated phrase by phrase, sometimes even word by word.

This made me realize the sheer power of synergy between a poet and a painter, the effect of reading slowed down and enhanced by pictures. However powerful Rilke’s words are on their own, something even more majestic can happen when they are combined with pictures within the same “space”.

A bit later, I heard Barbara Marx Hubbard talk about the internet, and all the aspects of modern-day connectivity, as the neural system of new, unified humanity, the neural system that has to “kick in” for the new planetary organism to awaken (just like it happens with newborn babies). Her appeal to each and every one of us was to contribute to this awakening.

And as I was re-reading Rilke’s “Letters on Cézanne” for about a thousandth time this fall, and searching for reproductions of all the paintings he writes about, it all finally clicked together. The idea of this program for cleansing our doors of perception was born.

The internet makes it possible to do something which would have been prohibitively expensive otherwise: combine Rilke’s words with the highest-quality reproductions of paintings he was looking at within the same space. And what can be a better way to kick in our barely born new neural system than to send through it the highest-quality signals from our greatest artists?

So this is what this program is designed to do. To quotes from Rilke’s letters and reproductions of paintings, I added some clarifying notes and suggested “seeing practices” to enhance the experience. The result is seven-weeks worth of daily e-mails.

The final bit of inspiration came from Jenny Anderson’s Manifesto for Circular (and even Regenerative) Christmas on Medium. How can we preserve the Christmas spirit of giving without depleting our planet’s resources even further, and even perhaps replenish them in the process?

In response to Jenny’ Manifesto, the pilot “run” of this program was scheduled in such a way as to give you “the right eyes” for Christmas (and/or other winter festivities): a gift across time and space from Rainer Maria Rilke, and Paul Cézanne, and Vincent van Gogh, and other artists Rilke writes about (and a bit from me).